The Civilian Conservation Corps (CCC), in 1933, built roads, trails and facilities until 1941. Some of the historic buildings dating back to the iron community still stand and include the furnace, ironmaster’s mansion, stable, grist mill (now a visitor’s center, and the second ironmaster’s mansion (the park office). Pine Grove Iron Works was entered into the National Register of Historical Places in 1977.

Pine Grove Furnace State Park’s 696 acres offer wildlife and nature enthusiasts a variety of activities. Explore the self-guided historical trail of the Pine Grove Iron Furnace, or hike to the quartzite outcrop at the Pole Steeple Overlook. Take a stroll along the notable midway point of the Appalachian Trail or visit the Appalachia Trail Museum – the first museum in the country to be dedicated to hiking. Wander along the easy Mountain Creek Trail that connects Laurel Lake and Fuller Lake.

2013 marks 100 years since the Commonwealth of Pennsylvania took ownership of the former iron industry lands that later became the Pine Grove State Park and most of the northern half of the Michaux State Forest. The Department of Conservation and Natural Resources and the Cumberland Valley Visitors Bureau have joined forces to sponsor a number of events celebrating the parks history and outdoor recreation areas.

Participate in one of the events and stay at a nearby Bed and Breakfast.

The Impact of the Civilian Conservation Corps on PA State Parks

For more information on these events and others happening at Pennsylvania State Parks click here. 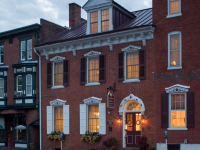 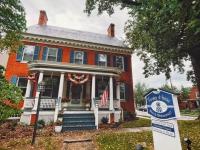