Plan a Trip to the Shore

That would be the Pennsylvania sea shore. Presque Isle, a curved sand peninsula jutting into Lake Erie, is home to the only surf beach in Pennsylvania. There are 11 permitted public bathing beaches along Presque Isle.

Presque Isle is more than a beach.  It offers visitors a beautiful coastline and many recreational activities, including boating, fishing, hiking, bicycling and in-line skating. A National Natural Landmark, Presque Isle is a favorite spot for migrating birds. Because of the many unique habitats, Presque Isle contains a greater number of the state’s endangered, threatened and race species. The gateway to Presque Isle is the Tom Ridge Environmental Center, an educational center dedicated to teaching visitors about Presque Isle and the many different forms of life that inhabit this unique peninsula.

In 2012, boaters and anglers named Presque Isle State Park among the nation’s best state parks for fishing and boating. Boaters will find four free boat launches along with abundant piers that offer easy access to Lake Erie and Presque Isle Bay and their populations of bass, walleye, muskellunge, Northern pike, steelhead and other trout, and a wide variety of pan fish.

In addition to recreational opportunities, Lake Erie is celebrating the 200-year anniversary of the Battle of Lake Erie and the War of 1812.  The Perry 200 Commemoration recognizes Erie’s role in Commodore Oliver Hazard Perry’s naval victory in the Battle of Lake Erie during the War of 1812. Perry’s fleet including the Flagship Niagara was built in Erie at the urging of Erie citizen Daniel Dobbins. The construction of that fleet almost single-handedly led to the transformation of Erie from a quiet frontier village to a bustling maritime port and manufacturing center. Throughout 2013, the Perry 200 Commemoration will present a series of events – including a parade, a pageant, picnics, fireworks and much more. Visit Perry200.com for a complete list of Perry 200 events, lectures, merchandise and publications. For more information on the Flagship Niagara, visit www.flagshipniagara.org.

So, whether your plans are to lie on the beach, fish or take in a Perry 200 event, be sure to book your stay at a nearby Bed & Breakfast. 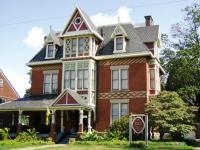 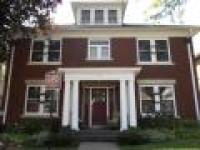