Star Gazing at the International Dark Sky Preserve in PA

In a world where light pollution has rapidly diminished our view of the stars, Pennsylvania has something special. Most Americans have never seen it, or at least can’t anymore, but 150 years ago, the night sky was ablaze with a billion stars and the purple haze of the Milky Way’s stardust arched across the heavens like a river.  Meteor showers poured from the sky and the greatest of celestial bodies, the planets of our solar system, rose and fell beyond the horizon. A century ago, every night, that was what you could see. Today, most places see barely 100 stars. At Potter County’s Dark Sky Preserve, you can see the night sky in all of its glory. What it’s supposed to look like. Don’t you think it’s time to take in the view?

The only one of its kind on the East Coast, the International Dark Sky Preserve at Cherry Springs State Park is an enigma. Its situated perfectly in a dark zone between some of America’s largest metropolitan areas and provides the region with a window into the heavens. It also has a 360° view with zero pollution. Look upon the night sky in all of her glory.

There are also options for taking a stargazing tour. Crystal Spheres Private Stargazing Tours by Stash Nawrocki offers 90-minute basic navigation tours that will give you more information on the brightest stars and what their colors are, finding the constellations and planets, and how to use a telescope. Tours can occur at Cherry Springs State Park or at your lodging location nearby. Potter County Star Gazing Tours are held by Greg Snowman, a Cherry Springs State Park former astronomer. Greg can also travel to your lodging, meet you at the park, or inquire about his exclusive Astro Field viewing area. Click here for more details on private guided stargazing tours at Cherry Springs State Park.

If you plan your trip ahead, you will be able to catch sight of some of the year’s most significant upcoming celestial events! Check out the schedule below:

Look for Mercury low in the eastern sky just before dawn.

You’ll need a telescope (a large one) to see this blue giant. Despite its size and position, it will probably only appear as a small blue star due to its extreme distance from Earth.

A new moon means a perfect night of stargazing (weather permitting). Let’s hope for some clear skies on this day and the one preceding it and following it. No light pollution from the moon reflecting the sun and none from electricity and cities means the Milky Way will be breathtaking.

The peak date of the Draconids Meteor Shower coincides with another new moon, guaranteeing a dark sky. Look for the meteors radiating out of the mouth of the Draco constellation; there are usually five per hour but keep your eyes peeled. The Draconids have been known to unexpectedly rain down hundreds or thousands of meteors per hour. In 1934, the Dragon constellation blasted more than 100 meteors every five seconds and a European described the meteors falling “as heavily as snowflakes.” Unlike many other meteor showers, the Draconids highest radiant is in the evening, at dusk.

For more information about Cherry Springs State Park and the world-renowned stargazing opportunities it provides to its visitors, click here and plan your trip with a stay at a Pennsylvania bed and breakfast today!. 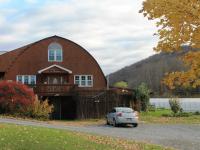 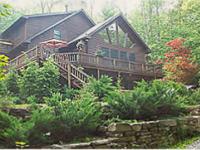 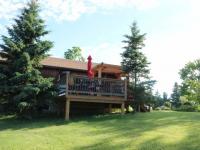 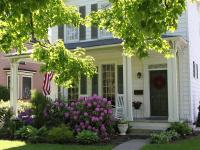