Visit the Houdini Museum in Scranton

Selected as one of ten of Pennsylvania’s most haunted locations, the Houdini Museum in Scranton is the only museum in the world entirely devoted to preserving the legacy of the legendary escape artist and stuntman, Harry Houdini. Take a tour of Houdini’s life, watch a classic stage magic show by renowned Dorothy Dietrich, and even play an important part in the Psychic Theatre’s dark seances that have been featured on BBC, Discovery Channel, Travel Channel, and reviewed by The New York Times (for three weeks!).  Browse unique wares at the gift shop and stock up on any memorabilia, t-shirts, tricks, or magical apparel. See psychic paintings, learn the stories of the hauntings, and explore the darkest nooks and crannies of the century-old building. The cherry on top of this haunted house? You have a chance to win $5,000.

Besides the traditional stage magic show and a guided tour with invaluable information and artifacts, the Houdini Museum also hosts its year-round, weekly special event, "HAUNTED! Mind Mysteries & The Beyond!” The event is more than three hours of paranormal fun (and fright!) and not for the faint of heart! Discover and experience extra sensory perception, mind reading, levitation, telekinesis, and more supernormal phenomena. You’ll learn the story of the murder/suicide/electrocution that took place in the century-old historic building and will actually take part of a dark séance. You’ll hear strange noises, feel something touch you, and be all-around terrified. The performance, though, comes with a twist. The “ghost guarantee” states that if you can duplicate any of the sounds, touches, ghosts, and other phenomena that occur during the show, you will be awarded $5,000 and free tickets. Visit the website to view the full list of rules and requisites, get directions, and purchase tickets.

If you’re not up for the fright, stick to the performance by Dorothy Dietrich, complete with levitation and other mind-bending marvels that occur just feet away from you. The stage magic show is more focused on the seemingly impossible wonders a magician can perform with the use of illusion. Part of the fun is trying to figure out how. The stage show also functions with the guided tour and movie, and is complete with comedy and audience participation.

Visit the website for more information on the Houdini Museum and to reserve your tickets beforehand. Full price tickets are usually available at the door, but advanced reservations get you a discounted price. 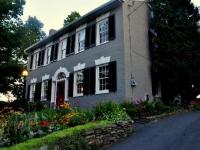 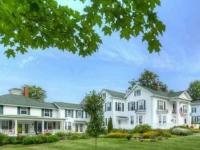 The Rosemont Inn Bed and Breakfast 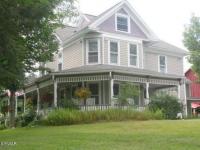