Take a Tour of Fallingwater

Pennsylvania’s roots run deep into its soil and cover many layers, dozens of facets, and take on a variety of forms. From lumber to apples, Pennsylvania has been leading many of the planet’s richest industries by reaping the rewards of a lush land abundant with natural resources. But besides its industry and inventiveness, Pennsylvania also has made its mark to create and build, to design and then bring forth. From tunnels and mines, we took metal and built the Empire State Building, the Brooklyn Bridge, and the St. Louis Arch. In our capitol, we constructed the massive green dome of the Capitol Building, a structure that Theodore Roosevelt would describe as the most beautiful building he had ever seen. And it was in the Great Depression, when the nation was in complete economic collapse, that the field of American architecture came to its pinnacle in Western Pennsylvania over the bubbling stream of Bear Run. A visionary, established architect and interior designer named Frank Lloyd Wright was waiting for his new residential design, called Fallingwater because of its location at the top of a waterfall, to be completed.

Fallingwater became much more than another residence designed by Wright with his flat, prairie-style residences and sustainable features—the American Institute of Architect named the National Historic Landmark the best all-time work of American architecture. It was the motif for organic architecture, a term coined by Wright—as well as the commonly-used word “carport”—that practiced a symbiotic relationship between the buildings we construct and the environment around the structures. The flat structures use passive solar heat, natural lighting through walls of glass, and an interior integrated with the outside landscape to push the limits of the industry in never-before-seen forms.

To see Fallingwater for yourself this spring, which also coincides with Wright’s 150th birthday, visit the Laurel Highlands region south of Pittsburgh. You’ll also be able to see the state flower, mountain laurel, spread abundantly through the Appalachian slopes and the woods that surround Fallingwater. The construction of Fallingwater and the selection of the state flower by Governor Gifford Pinchot also happened only two years apart during the 1930s.

Options for tours are guided tours of the main rooms, in-depth tours, sunset tours, and more. You can even have brunch inside the house at 9; enjoy a light meal on the covered terrace while listening to Bear Run flowing underneath the house. You will never forget a meal like brunch at Fallingwater. For a more romantic, relaxed evening at Wright’s Fallingwater residence, reserve your tickets for a sunset tour. The calm of dusk and twilight, as well as the hors d’oeuvres, is another option for you to make your trip more memorable and special with a loved one or the whole family. There are a variety of other tours you can take to view Fallingwater from different angles, perspectives, and times. To view a full calendar of events, learn about Fallingwater and Wright, and browse photos, click visit the website. 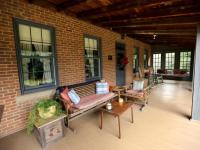 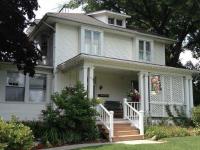